Even after trimming the list some, I had eight albums to pick up for 1995. So to control the monthly outlays on this little project, I've split 1995 into two groups of four. There is no rhyme or reason to the split - the bands are just in the order in which they appear in my band list. 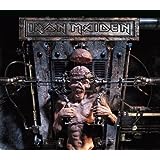 Iron Maiden: The X Factor - Blaze Bayley from Wolfsbane replaces Bruce Dickinson in lead vocals on this album. The moment he opened his mouth on Sign of the Cross, I started missing Bruce. He's not terrible, but he has some huge shoes to fill. Otherwise, this album follows the same winning formula as previous Maiden albums. I'll get used to Blaze eventually. 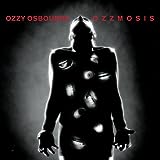 Ozzy Osbourne: Ozzmosis - Ozzy seems to have decided that he has earned enough heavy metal street cred, and now is the time to cash in with some mainstream "rock". I can't really blame him that much... Metallica started their two-album cash-in projects Load and Reload in 1996, just one year later. The economy was recovering, and people were buying whatever dreck was being released by their favorite artists, in the hopes that it would take them back to their teen years. But really, Ozzy, this album sucks. Shame on you. 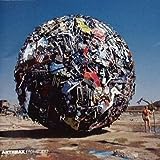 Anthrax: Stomp 442 - There is something about the vocals in Anthrax that usually drives me crazy, but this album has John Bush instead of Joey Belladonna on lead vocals, and I found myself really enjoying it. The heavy guitars that I love are still there, and the groove-metal sound, but without the heavy New-York-rap sort of vocal style. Highly recommended. 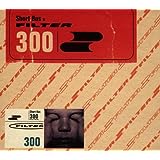 Filter: Short Bus - Let's get this out of the way first: this isn't metal. But I added it to the list because I had fond memories of Filter's hit Hey Man Nice Shot, and I wanted to see how they sounded on the balance of the tracks. It's clearly a first effort, but the general sound is good, and I'm looking forward to checking out the rest of their stuff in future months (aka future years!).

Amazon rolled out a brand-new service this month called Auto-Rip. They take all your past and current CD purchases and automatically add them to your Amazon Cloud Player as MP3s, which you can directly download. It's a new service with limited coverage, so they are focusing on the most mainstream albums first. This month, only Iron Maiden made the cut, but it was nice not to have to rip the CD. I have to wonder what this will do to Amazon MP3 sales... I frequently find that the hard CD is much cheaper than the MP3 album; now, I get MP3s either way (most of the time). Further proof that the content-licensing industry's prices continue to make no sense at all from a cost-margin standpoint.

Now if I could just somehow get Amazon to charge me the lower rate for a physical CD, auto-rip it, and then not burn the resources to ship it to me, I'll be all set. Or... maybe MP3 prices will fall to reflect their nearly zero cost. Yeah, right.
Posted by Unknown at 3:10 PM 0 comments